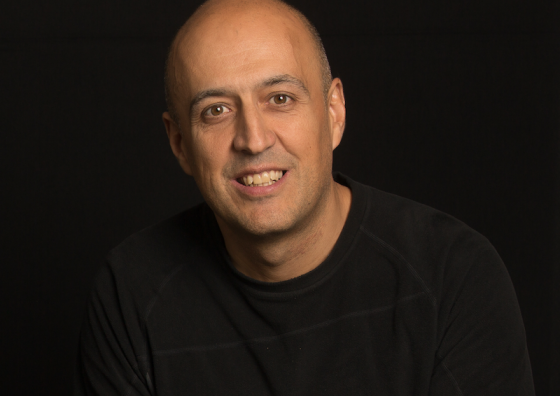 Raúl Jiménez, an ICREA Researcher of the Institute of Cosmos Sciences of the University of Barcelona, talks about his latest book Behind Closed Doors: Views on Life Changes During Pandemic Times, 2019-21 that was published last Tuesday, June 8.

As Dr. Jiménez tells us, the idea had been in construction for almost five years, since the publication of his last book Robotized democracies: US and EU: neo-feudalism and citizenship income? about the role of artificial intelligence and neural networks in society.

This new book collects several articles where the impact of the exponential robotization  that is seen in society is discussed. The themes of these essays span from the lack of human interaction in an article called “Where is the Agora?”, to extreme robotization, and to what kind of society we are building for the future.

Dr. Jiménez mentions that «we find ourselves at a crossroads where there are two possible paths: in one we become the servants of the new technological liege lords (as an example, due to telework there are some people having 70-90 work hour weeks) and in the other we reach a place where we can put these tools to the people’s use and thus they can occupy themselves with more interesting an innovative tasks».

One of the most representative examples of how this extreme robotization is changing society radically has been brought to us by the pandemic, which has acted as a booster for the social robotization. 20 years ago, it would have been unthinkable for people to be teleworking and for companies to remain functioning during the confinement. This paradigm shift has affected the way we interact with each other, the way we consume culture and content and even our production model.

The future advances toward the revolution of quantum computation which is upon us and which will represent the second revolution of the century. This technology would allow us to analyze massive quantities of data and determine tendencies or patterns at a national or even global scale. In one of the chapters of the book named “Should a robot optimize society?”, the authors analyze this possibility and pose questions such as «Should robots decide who has to be vaccinated? Who should beneficiate from public aids? In the face of a sanitary collapse, Who should be prioritized?» basing all our political decisions on raw, objective data.

If your attention was caught by this article, you can read more about this by buying the book Behind Closed Doors: Views on Life Changes During Pandemic Times, 2019-21.

Raúl Jiménez is an ICREA professor and a theoretical physicist at ICCUB, and his interests are focused on solving a series of problems on cosmology and astrophysics. His research ranges from the physics of the early universe to the physics of the stars, seeking to connect ideas in theoretical physics with observable phenomena. Among its main objectives is to achieve an understanding of the fundamental laws of nature, using cosmological and astronomical observations.

Link with the article on Agenda Pública

Raúl Jiménez Tellado, ICREA professor at the Institute of Cosmos Sciences and Luis Moreno Fernández, research professor at the IInstituto de Políticas y Bienes Públicos (CSIC) comment in this article on "Public Agenda" of "El País" the news about the Quantum supremacy solution fear part of the google portal and analyze the possible implications.

On site and online university

Yes, artificial intelligence could have stoped the Covid-19

Wiliness and the minimum income