Quantum computing: present and future of a technological revolution 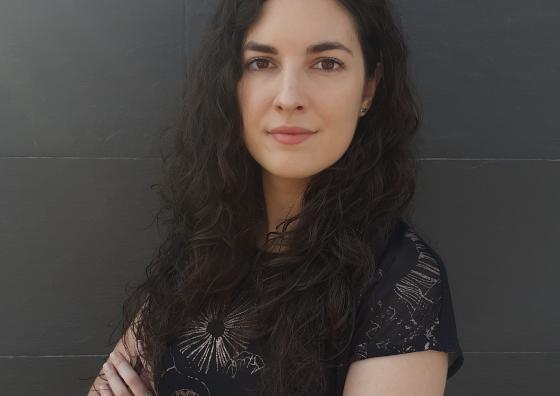 Alba Cervera Lierta, a Senior Researcher at the Barcelona Super Computing Center (BSC-CNS) and Quantum Information doctor by the University of Barcelona, will offer a talk on Quantum Computing at the Physics Faculty of the UB next Wednesday, February 16.

Dr Cervera is the coordinator of the national project Quantum Spain, a 22M€ project that will install a quantum computer at the BSC and give access to the community through the Red Española de Supercomputación. In this talk, she will review the principles of quantum computing, its potential applications and present the Quantum Spain project which will help promote Spain’s quantum computing ecosystem and position the Spanish quantum community at the front of this technological revolution.

TALK: “QUANTUM COMPUTING: PRESENT AND FUTURE OF A TECHNOLOGICAL REVOLUTION”

The second half of the 20th century has been marked by multiple technological breakthroughs. It represents, especially, the expansion of computing sciences and the golden age of computers.

Parallel to these advances, another technological revolution, less evident and with a similar impact, was in the making. A more sophisticated understanding of quantum mechanics allowed for the invention of devices such as the laser, the GPS or the magnetic resonance. However, the advancement in the study of the quantum properties of matter highlighted the experimental limitations to understand it. Even the most state-of-the-art computers were insufficient to describe quantum systems due to an underlying impediment: the necessary space to perform the simulation grows exponentially with the number of particles one wants to study.

It was then when scientists posed the question “why not design a computer that obeys the same quantum laws as the systems we want to study?”. Despite all the advances during the first quantum revolution, the technology of the time was not ready for this new and ambitious proposal. Quantum computing was developed primarily on a theoretical plane, giving birth to surprising applications that go beyond basic physics.

Now, almost 40 years after that proposal, quantum computing has become a reality in expansion. We have quantum computer prototypes that outperform the traditional computers in some calculations. We find ourselves in a technological development and expansive era in which geopolitics play a key role, as it happened with traditional computation. The search for applications, technology and especially qualified staff has become a number one priority for universities, companies and governments.

Aimed at the general public, especially at bachelor’s and master’s students of the Physics Faculty.

Prior registration is not necessary. Limited places.

Alba Cervera Lierta is a PhD in Quantum Information by the University of Barcelona. She obtained her physics bachelor at the same university where she also took a masters in Particle Physics. During her doctorate, she did residencies at Oxford University and and the Institute of Theoretical Physics (IFT-CSIC). She was awarded with the international Teach Me Qiskit prize by IBM, for her work on quantum computing. After obtaining her PhD, she proceeded to do a two-year postdoctoral stay on quantum computing at the University of Toronto. Recently, she joined the Quantum group at the Barcelona Supercomputing Center (BSC-NSC) as a Senior Researcher and she is the coordinator of the national project Quantum Spain, a 22M€ project that will install a quantum computer at the BSC and give access to the community through the Red Española de Supercomputación.

Quantum physics of black holes at the IPSI School in Barcelona

What are space and time? What exactly is gravity?

Roberto Emparan at the Ateneu de Maó with the talk "From Black Holes to the Theory of Everything. Following the steps of Einstein and Hawking"

The Institute of Cosmos Scieneces reseracher and ICREA reseracher, Roberto Emparan, is giving the talk "From Black Holes to the Theory of Everything.

“Cooling down up to the Quantum Realm” by Bruno Julià

Researcher David Mateos have been invited to the Physics section of José Ignacio Latorre at the Show “Aquí, amb Josep Cuní” in La SER Catalunya.

“The first great step of quantum mechanics is surprising. It starts off from an unavoidable fact. In the world of the smallest elements, when we try to measure, we alter what we measure.