Activities for the students of the ADMIRA project 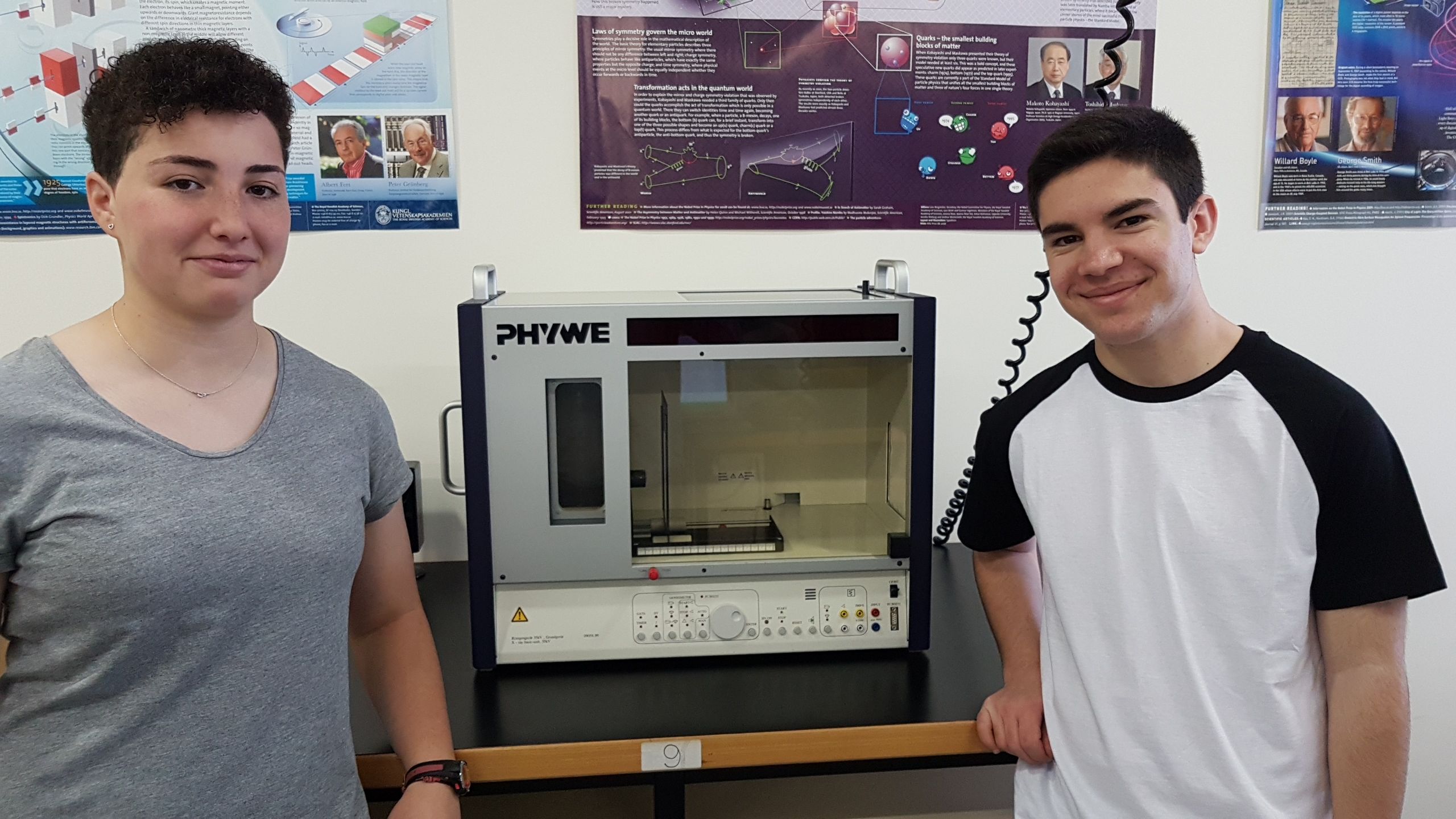 While many natural phenomena can be easily observable in the classroom and secondary laboratories (falling bodies with inclined planes, chemical reactions with test tubes or cells with microscopes), the world of the atom, and Particle physics in general is always a distant and fictitious world for the student. This one must believe that what the teacher explains really is the right one, without any possibility of interacting in the experimental field, turning science into what is not: unbreakable. The possibility of using tools that are used in first-level research centers (such as CERN) in the secondary classrooms (Timepix detector) opens a new range of possibilities for teachers and students, allowing firsthand observation of such particles Important as alpha particles, electrons, photons, muons, and others, fundamental concepts that meet the curricula of both compulsory secondary and high school students.

In order to get these activities to the fullest extent possible, students have been designed to maintain that many of them can be done without the detector, simply downloading the PixetPRO software from the resources section and using the data of others Experiments already made and shared in the same section. You will find a detailed explanation of these activities in the Documents and Resources Teachings section.

Laboratory practice: Initiation to Medipix. Study of Radiation and its properties. Comparison of classical and relativistic models in alpha and beta radiation.

In this practice, students start using a TimePix particle detector and PixetPro software, in order to identify the different types of radiation from the trace left in the detector, and relate these traces to the characteristics that Present the particles that form it. The kinetic energy of the particles absorbed by the detector is also measured, which allows to check the importance of the relativistic deviation in the calculation of the velocity of the particles of the beta radiation. In addition, the characteristics of constituent photons of gamma radiation are determined.

One of the most arbitrary decisions of the curricula of secondary physics is to limit the teaching of physics to which it was developed before the 20th century. Thus, the atomic models and the fundamental particles to the proton, neutron and electrons are introduced, leaving out all the physics of the 21st century and the Standard Model. With this activity of modeling - created from an activity designed in the University of Valencia by J. Solbes and P.Tuzón - can be worked in the classroom in a cooperative way using a technique of personification. With this technique, students use their own body to represent the different atomic models and refine them based on the experimental evidence at all times, to introduce, if desired, the concepts of the Standard Model and the concept of quark . It is an activity that is intended to be done in the subject of Physics and Chemistry of 3rd year of ESO, but that can also be included in the syllabus of Physics and Chemistry or Scientific Culture of 4th ESO or even to the baccalaureate .

Workshop: Construction of a cloud chamber.

One of the most successful workshops at Cern's S'CoolLAB is the construction of a cloud chamber. Although construction is not difficult, if some details make it sometimes difficult to get a camera that works well. With this activity, for very little money, it is shown how to build a functional cloud room that detects muons coming from cosmic rays.

Although many students show a great deal of interest in the subject of physics in research, usually the topics that attract them most - quantum, cosmology, relativity ... - are those that have a harder part of doing a practical part, I am very often in purely descriptive research work. The fact of having access to a Timepix detector opens a range of possibilities that are very interesting to be able to do an experimental part in physics-related research projects related to the world of radiation, quantum physics, cosmic rays. As part of the activities for students doing the work within the ADMIRA project, it is proposed to practice in the laboratory of modern physics with the detector and using an X-ray source. If these works are also combined with the possibility of To access IRIS network data, the options are multiplied.

In those cases that are considered appropriate - research work on the detector, physics students of the Technological baccalaureate, students of electrical engineering ... - may be interesting to do this activity. In it, it is deepened, through simulations in Matlab, in the operation of the electronics of the Timepix detector and in the treatment of the signal.

Act.1 ADMIRA - Initiation to Medipix. Study of Radiation and its properties. Comparison of classical and relativistic models in alpha and beta radiation.

Act. 2 ADMIRA - Personification and Modeling of the atom.

Guide to perform an activity of modeling the atom using cooperative work and personification, in order to introduce the students of ESO and / or the baccalaur